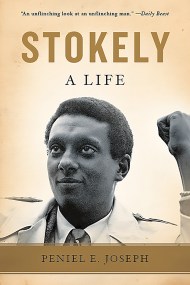 Stokely Carmichael, the charismatic and controversial black activist, stepped onto the pages of history when he called for "Black Power" during a speech one Mississippi… 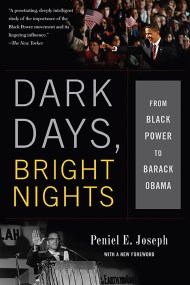 The Civil Rights Movement is now remembered as a long-lost era, which came to an end along with the idealism of the 1960s. In Dark…

"Enchanting."—New York Times
“Joseph, a prolific historian of twentieth-century African-American politics, an indefatigable public commentator, and arguably the leading chronicler of the Black Power movement, sheds light in The Sword and the Shield on the complex intellectual and strategic dynamics beneath the publicly fractious relationship between Martin and Malcolm.”—New York Review of Books
"Mr. Joseph, a history professor at the University of Texas at Austin, weaves [Martin Luther King Jr. and Malcolm X's] stories fluidly and with vivid detail, helping to strip away the high gloss of mythology."—Wall Street Journal
"It is a fascinating story, full of subtle twists and turns."—Washington Post
"In this brilliantly braided biography, Peniel E. Joseph tells the story of each man’s identity and how their ideas shaped America, making clear that we can never fully understand one without the other."—TIME
“A brilliant revisionist study of the lives of Martin Luther King and Malcolm X. Effectively challenging the conventional dichotomy between the two men, it shows, instead, how their paths became increasingly convergent, coming to represent ‘overlapping and intersecting strains of revolutionary black activism.’”—The Guardian
“In the year of Black Lives Matter, this comparative biography of two of the great figures in the struggle for racial equality in the US stands out.”—Financial Times
“The Sword and the Shield?delivers both strong storytelling and exemplary history, dismantling popular distortions of its subjects, and arriving at a nuanced and profoundly revealing portrayal of converging visions that informed, challenged, and sharpened each other even as their proponents seemed publicly and irrevocably at odds.”—New York Journal of Books
"Joseph's fresh and perceptive dual biography may rekindle political unity in a time of increasingly granular identity politics, sensationalism, and fear."—Booklist
"As the author delineates the philosophies and tactics of each man, he compares and contrasts them on nearly every page, making the various narrative strands cohere nicely. An authoritative dual biography from a leading scholar of African American history."—Kirkus
"Though other meaningful figures from the era get short shrift, Joseph’s laser focus delivers essential insights into the characters of both men. This incisive work uncovers the subtleties of a relationship too often cast in broad strokes."—Publishers Weekly
"The Sword and the Shield is a landmark. It is what happens when one America's greatest historians of African America shines the same light on two of African America's greatest historical figures. Peniel Joseph deploys his supreme talents as a biographer and movement historian to interweave the world-shattering lives of Martin Luther King Jr. and Malcolm X."—Ibram X. Kendi, author of How to Be an Antiracist
"Arguing against facile juxtapositions of the political philosophies of Martin Luther King Jr. and Malcolm X, Peniel Joseph has written a powerful and persuasive re-examination of these iconic figures, tracing the evolution of both men's activism. The Sword and the Shield provides a nuanced analysis of these figures' political positions in addition to unfolding the narratives of their personal lives. Well-written and compelling, this important new book brilliantly explores the commonalities between the political goals of Malcolm and Martin."— Henry Louis Gates Jr., Alphonse Fletcher University Professor, Harvard University
"The Sword and The Shield is a masterwork of bold historical revisionism that will change how we think of the dynamic relationship between Harlem's Hero Malcolm X, and America's Apostle Martin Luther King, Jr. By probing their distinctive styles of social combat, and by examining the historical contexts of their evolving, complex and often interrelated philosophies of race and political transformation, Joseph shows how each man was bigger than the sum of his competing symbolic parts. Joseph destroys the one-dimensional views of their ideological conflicts, and roots both figures in the cultural milieu and racial maelstrom that marked the age they inherited and shaped. By showing how Malcolm and Martin started as adversaries, then became rivals, and eventually, on occasion, unwitting compatriots in global black resistance to oppression, Joseph brilliantly illumines the defining personalities at the heart of the black freedom struggle during the height of its revolutionary expression in American history."—Michael Eric Dyson, author of Jay-Z: Made in America
"In this brilliant, timely, and eloquently written dual biography, Peniel E. Joseph, a leading scholar of the Civil Rights Movement and Black Power era, not only demonstrates his command over Malcolm X's and Martin Luther King Jr.'s activism and thought, but also his penetrating understanding of the black freedom struggle and the times and events that inevitably shaped his subjects. A profound and important book, The Sword and the Shield will shape how future generations interpret Malcolm's and King's monumental contributions to American culture, politics, and democracy."—Pero G. Dagbovie, author of Reclaiming the Black Past: The Use and Misuse of African American History in the Twenty-First Century
"Peniel Joseph is an omnivore historian with a gift for synthesizing fact and ideas into a vivid, accessible package. In The Sword and the Shield, he has reconciled two dissonant icons in a satisfying, intimate blend of narrative and insight."—Diane McWhorter, author of the Pulitzer Prize-winning Carry Me Home: Birmingham, Alabama: The Climactic Battle of the Civil Rights Revolution
"Peniel Joseph has written the civil rights history for our time. He explains how partisanship has distorted the legacy of a movement that promoted the citizenship and dignity of all Americans. Joseph recounts how the iconic civil rights leaders worked in tandem to unleash the common potential of American democracy, and how we must all do the same today. This is a deep book that will move readers to action."—Jeremi Suri, author of The Impossible Presidency: The Rise and Fall of America's Highest Office
Read More Read Less 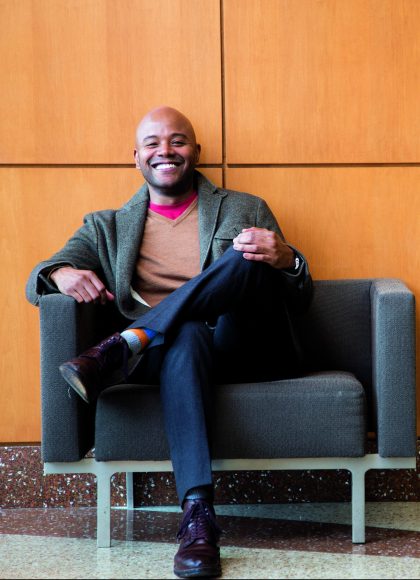 Peniel E. Joseph is the Barbara Jordan Chair in Ethics and Political Values at the LBJ School of Public Affairs and professor of history at the University of Texas at Austin. He has written several previous books on African American history, including Stokely: A Life. He lives in Austin, Texas.
Discover More